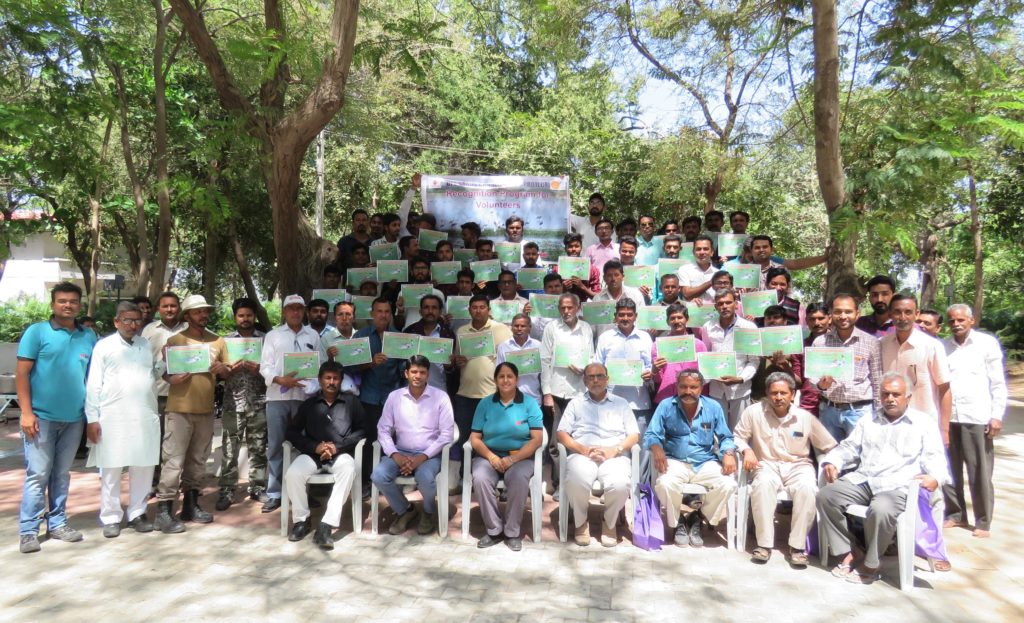 United Phosphorus Limited Sarus Conservation Project was initiated in Gujarat in 2015, with the objective of documenting the status of the species in Kheda and Anand districts, along with identification of important roosting, breeding, and congregation sites in these areas, and investigating the threats to this species and its habitats.

Through a web of awareness programmes and with the active involvement of farmers and volunteers in 36 villages, 110 awareness campaigns were held in schools of rural areas. We also formed 83 Rural Sarus Protection Groups (RSPG) in 32 villages of Kheda district. As a result of this programme, Sarus numbers increased from 500 in 2015 to 726 in 2018. Incidence of nesting increased from 28 nests in 2015 to 48 in 2018 (an increase of 71%). Eleven new nesting locations were documented in 2018. The volunteer groups protected 50 nests, leading to 78 successful fledglings.

While primarily focusing on creating a baseline of status and distribution of Sarus Crane in Kheda and Anand District. This program also aims to build awareness on the importance of conserving Sarus and their habitats. Maintaining the enthusiasm of the volunteers in the long run, without any monetary or material gains, is a challenge. The project help to raise the social stature of the volunteers in their own and adjoining villages, to keep up their enthusiasm and involvement in conservation.

1.Sarus crane is an integral part of agrarian ecosystem
2.The species and farmers have coexisted since generation and harboured as symbol of love and affection.
3. Plays a vital role in crop pest managment.
4. Indicator fauna of wetland ecosystem health
5. Vulnerable species due to reducing habitat from urbanization, farming, linear infrastructure

Prior knowledge or expertise required:

No prior knowledge is required.